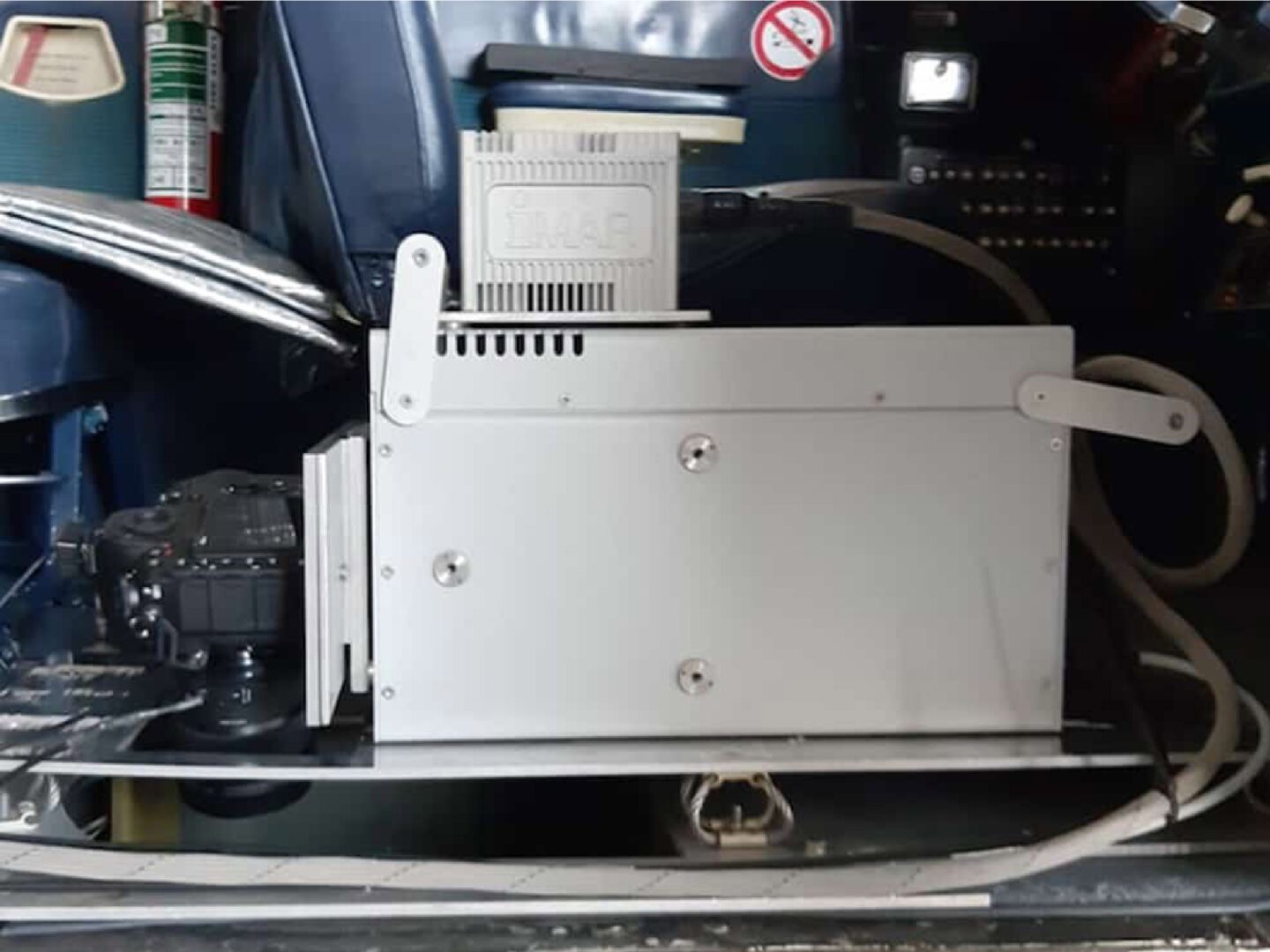 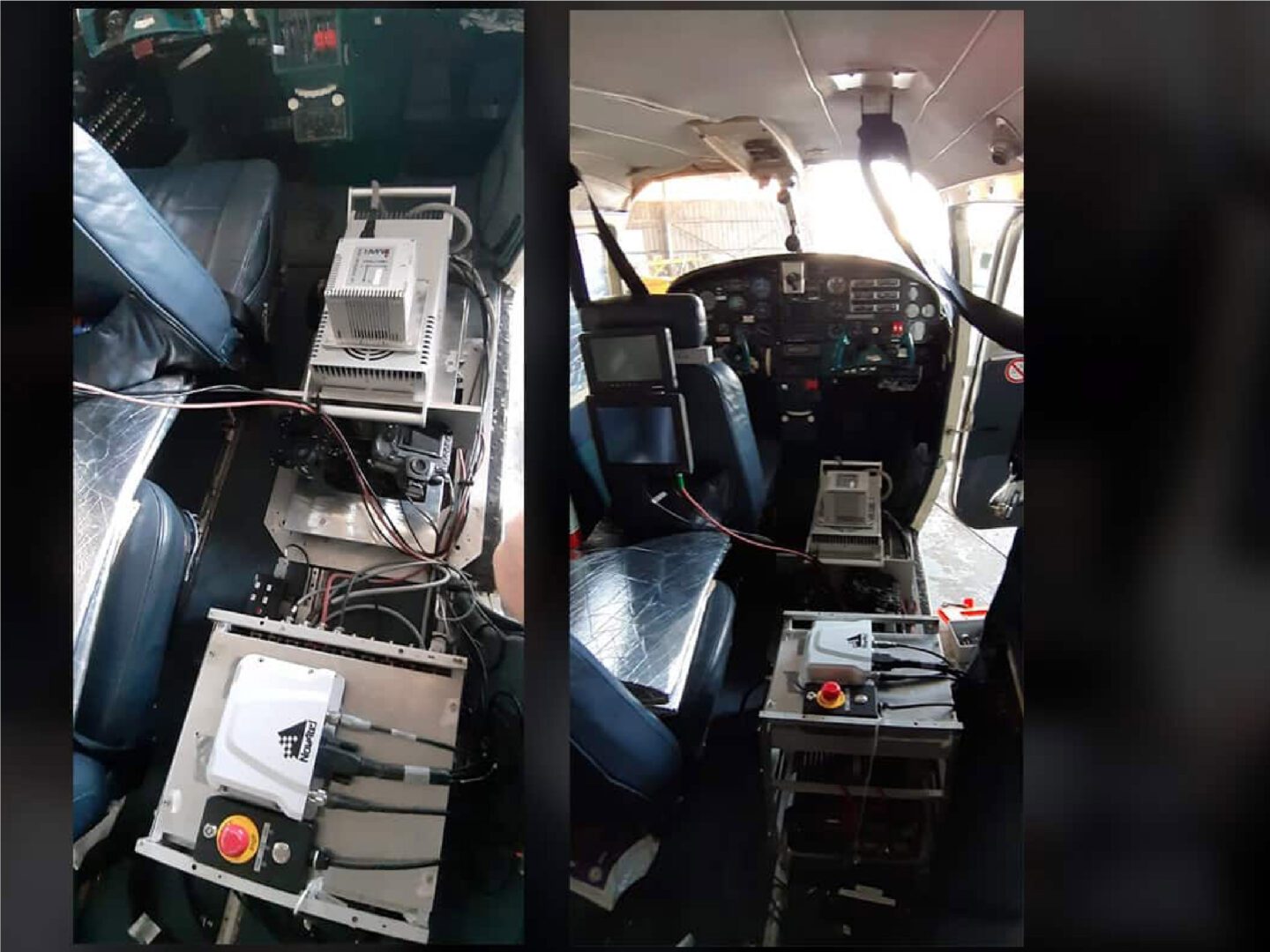 The ELMAP LiDAR scanner is one of the newly developed time of flight laser scanners developed for WGS by Dr Christoph Hug. It is the second scanner that Dr Hug has developed for WGS. The new ELMAP scanner is a big leap forward in scanning resolution, enabling double the point density at the same height as the existing scanner.

The new ELMAP has been developed from the ground up with Dr Hug having sourced each individual component from the laser diode to the microscopically level, multifaceted mirror. Being a complete redesign, the ELMAP saw features added at the hardware level based on years of field experience with the previous design. Development took over a year during which numerous field tests were conducted to both confirm the correct operation of the laser and test the limits of its capabilities.

Most airborne laser scanners are time-of-flight type instruments, meaning that the time it takes a beam of light to travel from the laser diode, horizontally towards a multifaceted mirror and then perpendicularly to the ground and back to the receiver, multiplied by the speed of light allows one to calculate the total distance that the beam has travelled. The ELMAP emits coded pulses of light which are reflected from the ground surface and received by a very sensitive sensor which calculates the time it took that beam to reach the ground and back. Using these coded pulse times and survey grade GNSS and Inertial measurements from integrated survey instruments, the XYZ position of the beam’s reflection may be calculated. The multifaceted mirror rotates, sending pulses of light laterally across the flightpath with a field of view of about 70°.

In order to use the distance that the beam has travelled to calculate the XYZ position, the exact XYZ position of the LiDAR receiver must be known. In addition, the plane’s orientation in space must be known, so as to solve the beam trajectory. Differential geometry is used to solve the final beam position. The internal geometry must be known to accurately calibrate the instrument so to facilitate this, the position of a single point on the ground is used to instead differentially calculate the internal geometry, given the position and rotation of the sensor and the known point on the ground such that the internal geometry can be used as a constant. A further calibration relating to offset of the inertial measurement unit and the sensor itself is later calculated, this process is known as a ‘boresight’, from the methodology for sighting cannons.

To identify a ground object, in particular the known control point we use to solve for the internal geometry, the intensity of each return can be used. Each pulse also stores the intensity of the light return. Some surfaces, such white road markings, are highly reflective and do not absorb much of the light radiation and some surfaces absorb a lot of radiation, such as tarmac. In order to ‘see’ the measured target on the ground, a 1m x 1m piece of wood coated in special reflective material was used. The result was a single bright point where the laser beam intensity was far higher than the radiation returned from the adjacent tarmac.

Currently, at full power, the ELMAP can record measurement data at a rate of up to 120mb/s. A single 4-hour survey can easily full up a 2TB SSD. Developed concurrently with the ELMAP by WGS was a multiheaded camera system which matches the footprint of the ELMAP, providing the most efficient survey footprint possible. The system is modular and easily deployable in numerous scenarios. Currently on the drawing board (and close to competition) is the development of an external, modular system contained within a certified luggage pod which could potentially extend operational capability to a wide number of aircraft with no modifications required at all. This will mean that WGS can deploy to areas at lower mobilisation costs and utilise local assets.